The Spooky Men of the West return to the Adelaide Fringe – this time under their usual name after the successful campaign as the Dark Knights of Song at last year’s Fringe.

Once again, the Spooky Men will be supported by Women with Latitude.

Check out the photos in the gallery. 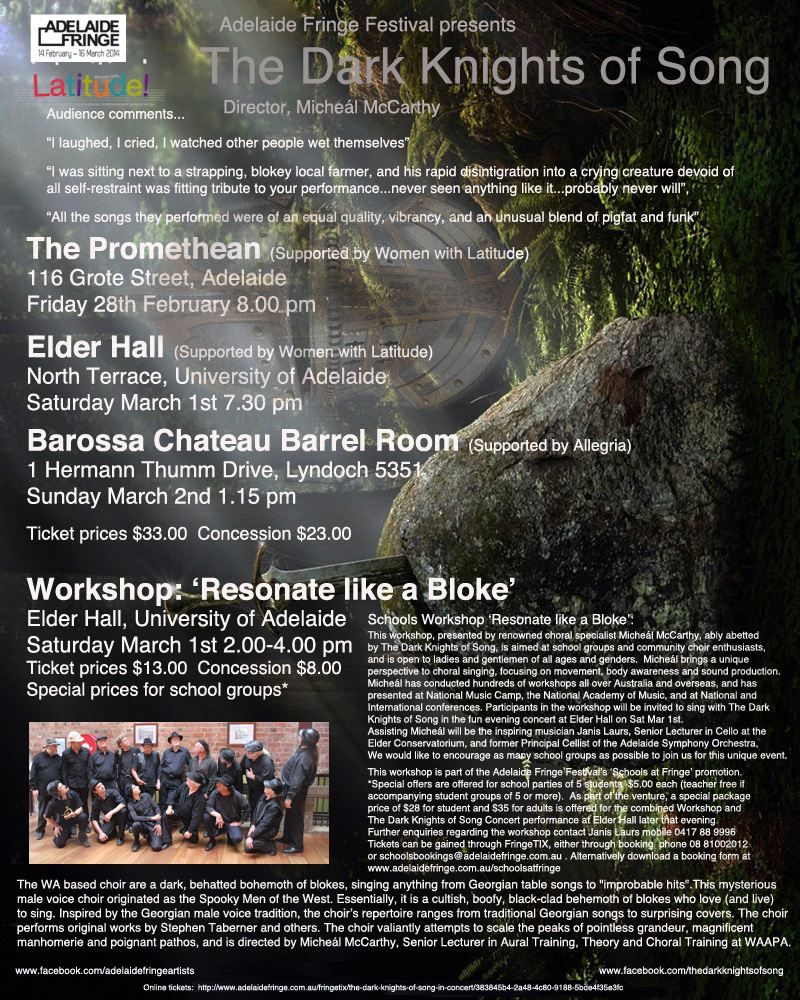