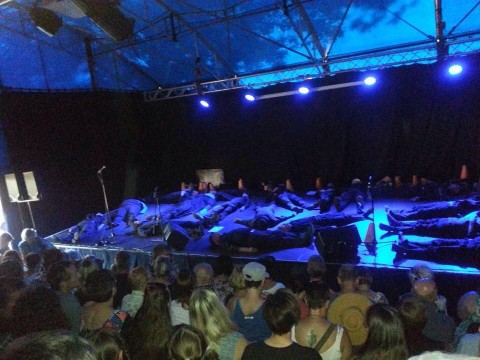 From the review by Annie Teh published in The West Australian, February 19, 2016.

“… the Spooky Men of the West have proved once again why they are beloved by their fans in WA. Delivering unique and gut-splitting lyrics with a straight face and brilliant acting, the group are a great example of home-grown talent with an indisputable track record of making you laugh. Man-laugh while riding a horse and chasing a mastodon, that is …”