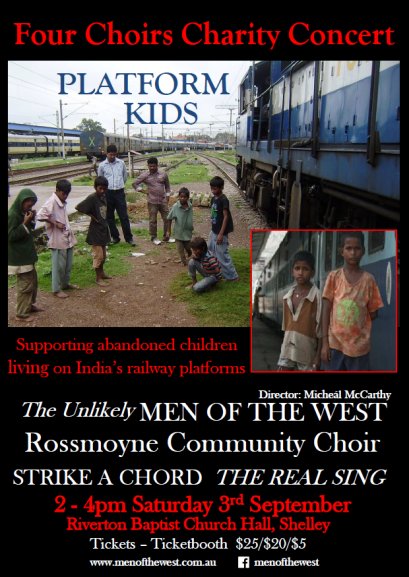 Four choirs will come together on September 3rd to help raise funds for The Platform Kids Fund Inc, a charity that provides care for children abandoned and begging on Indian railway platforms.

The concert is being hosted by the Unlikely Men of the West. You may recognise this choir, directed by Micheál McCarthy, as the artists formerly known as the Spooky Men of the West – a black, be-hatted behemoth of blokes who sing.

The concert will also feature:
> The Real Sing, an a cappella choir  (“serious singers who do it for fun”)
> Strike a Chord, a “sassy group of ladies who love to sing and have fun doing it”, together with the
> Rossmoyne Community Singers. 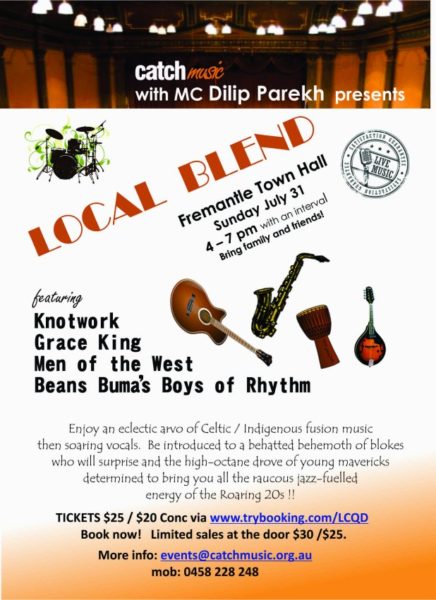 The Catch Music team invites you to attend its major fundraising concert ‘Local Blend’. You will enjoy a wonderful afternoon of eclectic music with well known Fremantle musician Dilip Parekh as MC and featuring Knotwork (a Celtic / Indigenous fusion band), Grace King (a Catch Music vocalist), Men of the West (a behatted behemoth of blokes who will surprise) and Beans Buma’s Boys of Rhythm (the high-octane drove of young mavericks determined to bring you all the raucous jazz-fuelled energy of the Roaring 20s)!!

Catch Music Inc http://www.catchmusic.org.au/contact is an inclusive music community which provides opportunities for musicians of all ages and abilities to meet together on a regular basis to create music. Catch Music especially encourages the participation of those who are socially isolated whether by physical, intellectual, mental or other challenges. Established in 2007, Catch Music aims to inspire people who have a passion for music to get connected, get involved and get engaged in new music opportunities.

Men of the West at Denmark Festival of Voice

The Men of the West appeared at the Denmark Festival of Voice and presented for the delight and puzzlement of audiences a variety of acapella songs ranging from the haunting beauty of ancient Georgian table singing to original songs of the quotidian rituals and trials of being a man in today’s world. Our aim was to extend expectations of a men’s choral group. Apparently it was reported that we were ‘gentle and sad, even sweet, but also powerful and unmistakeably male’. So perhaps we succeeded.  See some photos here.

The Men and the Penguins 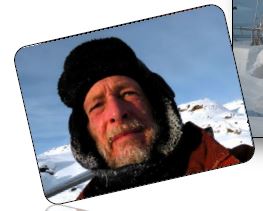 6:45pm ENTRY FREE.  The splendid Men of the West will perform a unique concert solely of traditional songs from Georgia in the magnificent acoustics of St Paul’s Church.  They will sing laments of courage, danger and loneliness.  Just 45 minutes of aural intrigue.

Immediately followed at 7:30pm by Trevor Robertson speaking about his Arctic/Antarctic Adventures in a one-hour talk.  Trevor will tell of courage, danger and loneliness.  And Frostbite.  Entry $10/$8 includes refreshments.